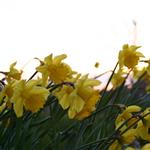 Gratuitous flower shot I thought it’d be about time to update this thing. Never quite sure what to write here though, so I think I’ll mention a couple of things – firstly, it’s Freakcity’s 8th birthday this year. Secondly, I have plans to make it a bit busier, by dragging in some new people— hopefully not too many as I don’t want to upset the apple cart, but it’d be nice if the forums were a bit happier. Thirdly, if you’re new here, most conversation happens in chat, check it out. And fourthly, there’ll be some new toys to play with soon. Recipes, Freakcity local and TrueFacts spring to mind. There may also be an Android/iOS app in the works for the Virtual Box of Flyers...what that is, who knows?